Copyright: © 2022 EL Moufid H, et al. This is an open-access article distributed under the terms of the Creative Commons Attribution License, which permits unrestricted use, distribution, and reproduction in any medium, provided the original author and source are credited.

Tuberculosis disease can affect any organ of the body, Multifocal tuberculosis involving multiple systems with associated symptoms are rare, which makes the diagnosis challenging. We report a case of tuberculosis esophageal ulcer mimicking carcinoma with neurological symptoms considered initially like neurological metastasis.

We report the case of a 72-year-old immunocompetent Moroccan Woman, presented to our department with 2 months history of dysphagia and prostration. Diagnostic evaluation by upper gastrointestinal endoscopy revealed a carcinoma-suspect ulcerative lesion at the middle esophagus (Figures 1 and 2). Initial histopathological evaluation of multiple esophageal tissue biopsies showed an unspecific esophagitis without signs for malignancy.

A pet-scan showed hyper metabolism of the middle third of the esophagus and a right supra-clavicular para-ganglionic tumour mass as well as a cerebellar mass. This aspect suggests esophagus carcinoma with cerebellar metastasis, new esophageal and lymph node biopsies have been scheduled.

The patient had subsequently worsened neurologically, with the appearance of consciousness disorders with Glasgow coma scale score at 10. A brain MRI showed numerous subacute capsulothalamic and right mesencephalic ischemic foci. A lumbar puncture was then performed and found hyperproteinorachy, a (PCR) test of the cerebrospinal fluid (CSF) was positive for the Mycobacterium tuberculosis. The final diagnosis was multifocal tuberculosis, the patients received Anti-tuberculosis drugs. The dysphagia and neurological disorders of the patient recovered following the therapy with 3 months of hindsight [1-4].

Multifocal tuberculosis should also be taken into consideration when lesions metastatic from system malignancy were suspected, it should always be suspected especially in countries where TB is endemic. A combination of multiple diagnosis methods was essential for the diagnosis of multifocal disease. 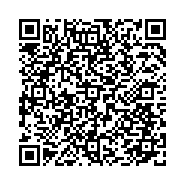