Endoscopic Presentation of an Atypical Diagnosis: A Gastric Xanthelasma

Endoscopic Presentation of an Atypical Diagnosis: A Gastric Xanthelasma

A fifty-year-old man, with a history of smoking and ischemic heart disease, was admitted for global heart failure. Clinical examination showed a systolic murmur in the mitral area and crackles in the pulmonary auscultation. No xanthoma or corneal circle was found. During his stay, the patient complained about gastric pain. An upper gastrointestinal endoscopy was performed showing various ovoid whiteyellowish nodules on the greater curvature of the pyloric antrum, slightly elevated and not ulcerated (Figure 1). Biopsy of the lesion showed a large, pale, fat-laden and foamy sheet of histocytes. The diagnosis of Gastric Xanthelasma (GX), fortuitously discovered, was retained. The patient was treated by a long-term inhibiting protons pump with a good follow-up. Xanthelasma, firstly described in 1910, is a rare and benign lesion that can be found in the upper gastrointestinal tract, especially in the stomach. It is usually discovered fortuitously during endoscopy and can be suspected in front of a yellowish, single or multiple plaques, and is confirmed by histological examination [1]. While its etiopathogeny remains in discussion, it is known that unlike cutaneous lipid deposits linked to hypercholesterolemia, no association has been established between a general disorder of lipid metabolism and the presence of gastric xanthelasma [2]. This diagnosis deserves all our attention as it can be mistaken with a gastric adenocarcinoma with independent cells. Thus, it is essential to search for mucus by PAS staining with blue or green Alcian in histology. The strong positivity of stains in adenocarcinomas contrasts with their negativity in the GX deprived of mucus [3].

Keywords: Upper gastrointestinal; Endoscopy; Xanthelasma; Gastric Declaration of Conflicting Interests The authors declared no potential conflicts of interest with respect to the research, authorship, and/or publication of this article. 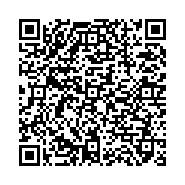