Copyright: © 2022 Hajar Z, et al. This is an open-access article distributed under the terms of the Creative Commons Attribution License, which permits unrestricted use, distribution, and reproduction in any medium, provided the original author and source are credited.

A 6-year-old child, followed for epilepsy, was referred to the pediatric emergency room for tonic-clonic convulsions with fever of 39°. In front of this clinical picture, the diagnosis of herpetic encephalopathy was retained and treatment with acyclovir was started. The lumbar puncture brought back a clear lymphocytic CSF (100 elements/mm3), with hyperproteinorrachia (0.45 g/l) and normal glycorrachia (3.5 mmol/l). A cerebral MRI was performed (Figure 1). The herpes PCR was strongly positive. The control after anti-viral treatment was satisfactory with good clinical-radiological evolution.

Herpes Simplex Virus Type-1 (HSV) Herpetic Encephalitis (HE) is the most common fatal sporadic encephalitis [1]. Its clinical symptomatology isn’t specific, often associating fever, headache, neck stiffness, obnubilation and comitiveness or focal signs [2]. MRI is the morphological examination of choice and has been used to make the diagnosis of HE confirmed by a positive herpes PCR [2]. On MRI, in the early stage, diffusion and flair sequences show cortico-subcortical edema in the form of hyper-signalized patches with irregular contours, beginning on the anteromedial aspect of the temporal lobe and then extending to the insula, the anterior part of the cingulate gyrus, the hippocampi and later on the frontobasal region [3]. The abnormalities are usually unilateral becoming secondarily bilateral, but always remain asymmetric. This feature is highly suggestive of HE [2,4]. At a later stage, the lesions become necrotic and more rarely haemorrhagic. The differential diagnoses to consider are infarction and status epilepticus. In all cases, in the face of any suspicion of HE, antiviral treatment should be administered as soon as possible before any LP or imaging. Without treatment, the disease is fatal in 70% of cases [4]. 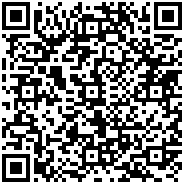