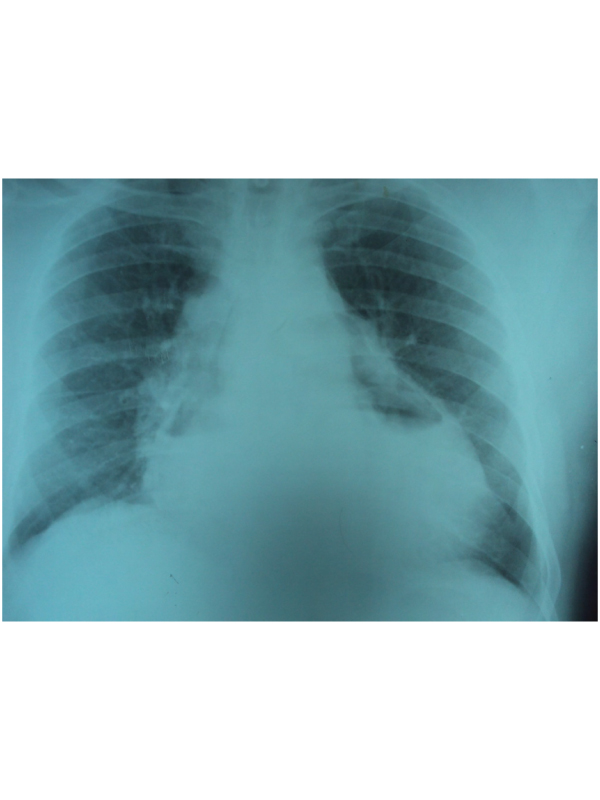 Medical Image: A 63 year old male presented with retrosternal chest pain for two days duration. His basic clinical and radiological evaluation was normal. He was discharged with analgesics after a day of observation. A week later, he was readmitted with sudden onset of shortness of breath and he was in cardiogenic shock. An urgent chest radiograph revealed a hydropneumopericardium (Figure 1). After initial resuscitation, emergency surgical exploration followed by partial pericardiectomy was performed to prevent cardiac tamponade and possible constriction. Gram positive cocci in chains resembling morphology of Streptococcus milleri were isolated from pericardial fluid. However, he was succumbed to the illness in spite of prompt antibiotic, inotropic and ventilatory support.