Pulmonary alveolar proteinosis (PAP) (Figures 1 and 2) is a rare disease characterized by an accumulation of lipids and surfactant proteins in the alveoli, which impairs gas exchange, secondary to a failure of the alveolar macrophages to clear the surfactant [1]. Pulmonary alveolar proteinosis was first described by Rosen SCB and Castleman B [2] in 1958. Several other names have been given to it, namely: alveolar lipoproteinosis, alveolar phospholipoproteinosis and pulmonary lipidosis. This pathology appears generally at the middle adult age (20 and 60 years) with a male predominance. Three groups can be distinguished: Secondary PAP (hematological diseases, inhalation of toxic substances, infections) (hematological diseases, toxic inhalations, infections), autoimmune and congenital (present in the neonatal period with mutations of the genes of the surfactant proteins and the GM-CSF receptor) [3] Clinically it is manifested by a respiratory gene and the positive diagnosis is based on the scannographic data by individualizing a crazy paving aspect as the case in our patient and on the analysis of the bronchioloalveolar lavage (BAL) fluid which is classically described as “milky” and which contains positive eosinophilic PAS (periodic acid Schiff) material and foamy macrophages with PAS- positive intracellular inclusions as well as phospholipid structures. Positive inclusions and concentric lamellar phospholipid structures called “lamellar bodies” [1]. In severe forms, bronchiolo-alveolar lavage may be proposed [3] with the introduction of immunosuppressants for the autoimmune form. Moreover, with regard to mild forms, simple monitoring can be considered due to the possibility of spontaneous improvement. 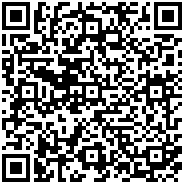